If your child is mad about martial arts, can’t get enough of karate or adores aikido, they’re going to love the first book in this dramatic new series, written by martial arts expert MC Stevens and illustrated by Steve Brown!

Meet our brave and resourceful duo, Suki and Bekko, who are in training to become Warrior Monkeys. With the help of their armoured bear, Kuma, they’re ready to face any challenges that might threaten the safety of their Shanti Island home. Using all the skills they learn in the training hall, Suki and Bekko show the kind of determination, focus, bravery, and spirit that has put them on the path to become true Warrior Monkeys!

Drawing on the central principles of martial arts – including building focus, self-discipline, leadership and teamwork – there’s plenty to learn from the Warrior Monkeys, lots of inspiration for building confidence, and action-packed adventures to enjoy along the way!

Win a copy of the book!

To celebrate the publication of the first Warrior Monkey book, we’re giving away a copy to five lucky winners!

All good Warrior Monkeys are loyal to the Warrior Code, demonstrating: Courtesy, Humility, Integrity, Perseverance, Discipline and Indomitable Spirit. For the chance to win the book, we want you to tell us how your child has demonstrated one or more of these wonderful Warrior Monkey qualities. Perhaps they’ve been particularly polite, were marvellously modest about a brilliant school report, or haven’t given up on something tricky. We want to know! Simply comment on the competition post at the top of the Oxford Owl Facebook page to enter. 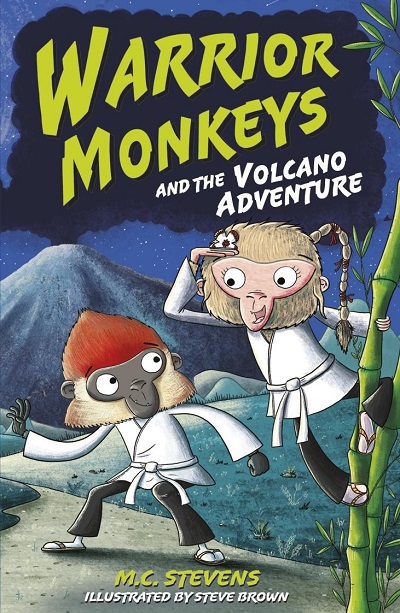 Warrior Monkeys and the Volcano Adventure

The Shanti Islands are under threat and the Warrior Monkeys are coming to the rescue!

Could it be an old enemy seeking revenge on Senshi Castle? What is behind the strange clouds? The earthquakes? And the mysterious meerkats? Suki and Bekko must test their warrior skills to save their home and their friends from the deadly volcano. It’s a race against time…

MC Stevens is a martial arts instructor with 16 years’ experience in karate and jiu jitsu. A former secondary school English and History teacher, she also works for international charity Fairfight, which empowers young girls in developing countries by using karate to develop their confidence and self-determination.

Steve Brown is inspired by animations from the 1970s, 80s, and 90s, which comes through in the energy and style of his illustrations. Warrior Monkeys is his dream project as he has practiced martial arts since the age of eight! 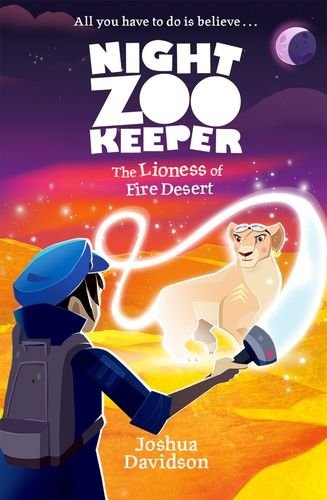 The Night Zookeeper: The Lioness of Fire Desert

Written by Joshua Davidson and illustrated by Buzz Burman

Joined by his friends, Sam and Riya, Will journeys to Fire Desert, where rumours of a creature called ‘the Grip’ have struck fear into the hearts of the animals. They look to Will to save them, but does he have the strength to overcome his fears, and become the hero that the Night Zoo needs? 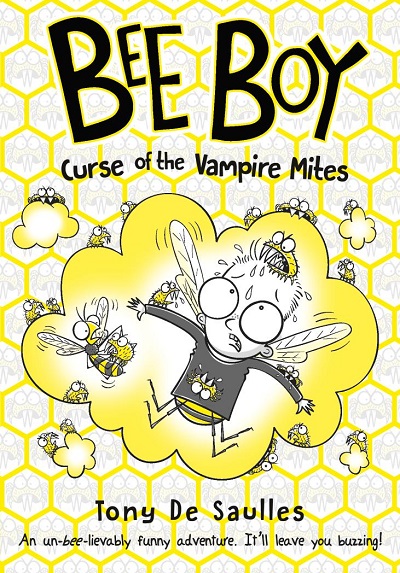 Half BEE. Half BOY. Melvin Meadly is… BEE BOY!

Bees are in big trouble! All over the planet, plagues of bloodsucking vampire mites are infesting hives and wiping out entire colonies. Mel must battle to protect his beloved bees from attack, but he has more than just mites to worry about when beekeepers start to mysteriously disappear… Get ready for the third adventure in this action-packed series! 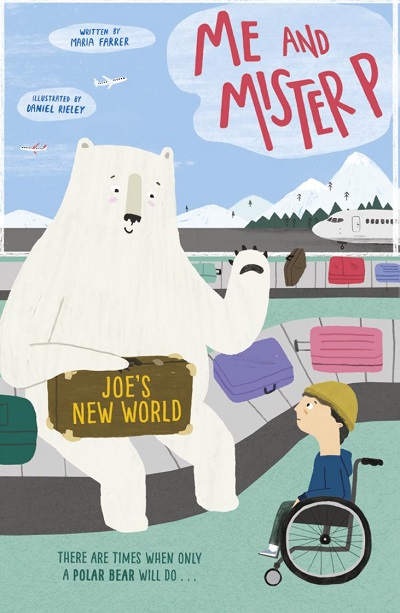 Written by Maria Farrer and illustrated by Daniel Rieley

Joe and his parents have moved to a new country, but things take a strange turn from the moment they arrive. Not only does Joe’s suitcase disappear, he seems to have ended up with a polar bear instead! So much for trying to blend in – not much chance of that with an enormous bear in tow.