The Cosmic Atlas of Alfie Fleet

Written by Martin Howard and illustrated by Chris Mould
Ages 9+

Alfie Fleet is off on an adventure beyond his wildest dreams. From Brains-in-Jars World to the planet Outlandish, nowhere is too big, too small, or too bizarre to make its way into the Cosmic Atlas. But although Alfie loves to explore, he still needs to be home before his mum gets in from work, or there will be BIG trouble!

Funny books are a great way to engage reluctant readers, and with award-winning Chris Mould’s amazing illustrations, complete with maps and extracts from Alfie’s notebook, we’re certain they won’t be able to put this one down! We guarantee giggles, but this is more than just funny fiction – this story does for travel guides and maps what Wimpy Kid did for diaries and Tom Gates did for doodle books. Get set for the Hitchhiker’s Guide to the Galaxy for kids!

Have your idea included in the next book!

In The Cosmic Atlas of Alfie Fleet, Alfie goes on an intergalactic adventure, visiting Brains-in-Jars World, the planet Outlandish, and lots of other bizarre and beautiful places!

To celebrate the book’s publication, we’re giving one lucky winner the chance to see their invented planet featured in the ‘Universal Travel Guide’ at the back of the next Cosmic Atlas book, out in March 2020. The winner will have their idea drawn by illustrator Chris Mould and will receive a signed book and print!

To enter, your child simply needs to fill in their fantastical ideas on this competition sheet and send it by 5pm on 30th April 2019 by email with ‘Cosmic Atlas Competition’ in the subject line to tradepublicity.uk@oup.com. You can also send entries by post to: 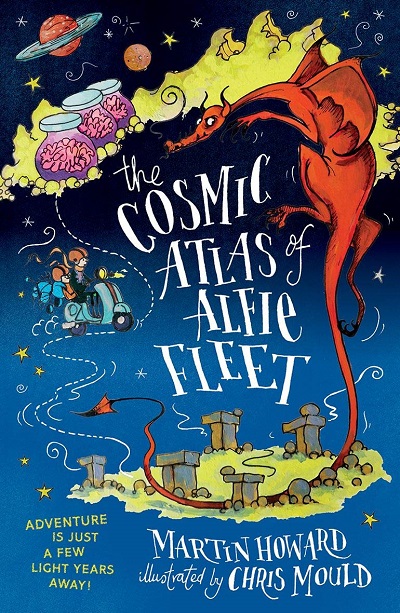 The Cosmic Atlas of Alfie Fleet

Written by Martin Howard and illustrated by Chris Mould

Bored of the same old routine? Longing for a bit of adventure in your life? Love living life on the edge? Then join Alfie Fleet as he discovers a whole universe of wonders with Professor Bowell-Mouvemont (it’s French), President of the space-travelling, map-making Unusual Cartography Club.

From giant sand lobsters on planet Maureen and the Twang Bears of Mumsy, to the eerie (yet oddly quite boring) brains in jars on Brains-in-Jars World – there’s something for everyone. And if danger’s your thing you won’t want to miss Outlandish, with its gold-hoarding dragon, take-your-life-in-your-hands cuisine, and welcoming locals who’ll fire lightning bolts at you.

Thrills and adventure await, just hop on board the slightly old and rusty moped of infinity!

About the author and illustrator

Martin Howard was a booky kid who grew up in Buckinghamshire, where he went to the same junior and secondary schools as Terry Pratchett (though quite a few years later). He worked in advertising and publishing for a while but in a Disneyesque fit of following his dream/reaching for the stars decided to become a full-time writer in 2005. Since then he has lost count of all the books he has written under his own and made-up names, but there are loads, including fiction and non-fiction for adults and children. He especially loves writing humour for kids and two of his children’s books are now in development with major movie studios. Martin lives with his wife, three children, a dog called Licky, and a poltergeist who keeps hiding his car keys.

Chris Mould is an award-winning illustrator who went to art school at 16. A sublime draughtsman with a penchant for the gothic, he has illustrated the gamut from picture books and young fiction, to theatre posters and satirical cartoons for national newspapers. He lives in Yorkshire with his wife, has two grown-up daughters, and when he’s not drawing and writing, you’ll find him… actually, he’s never not drawing or writing.

Martin Howard reads an extract from The Cosmic Atlas of Alfie Fleet: 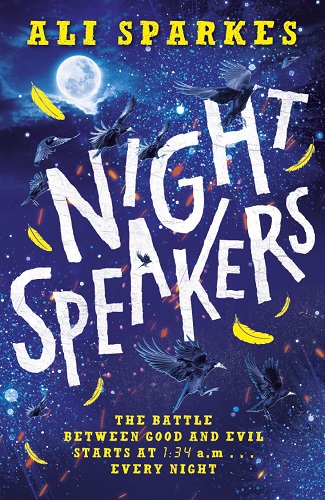 Night after night Elena, Matt, and Tima wake at exactly the same time, with no idea why. When they venture out into the dark and find each other, the sleepless trio realize their astounding power – they can speak any language; they can even communicate with animals. But something is happening over on the industrial estate. Something which is emitting sounds that only they can hear, and killing any winged thing that crosses its path. There’s nobody to fight it but themselves, for only they can possibly understand it… 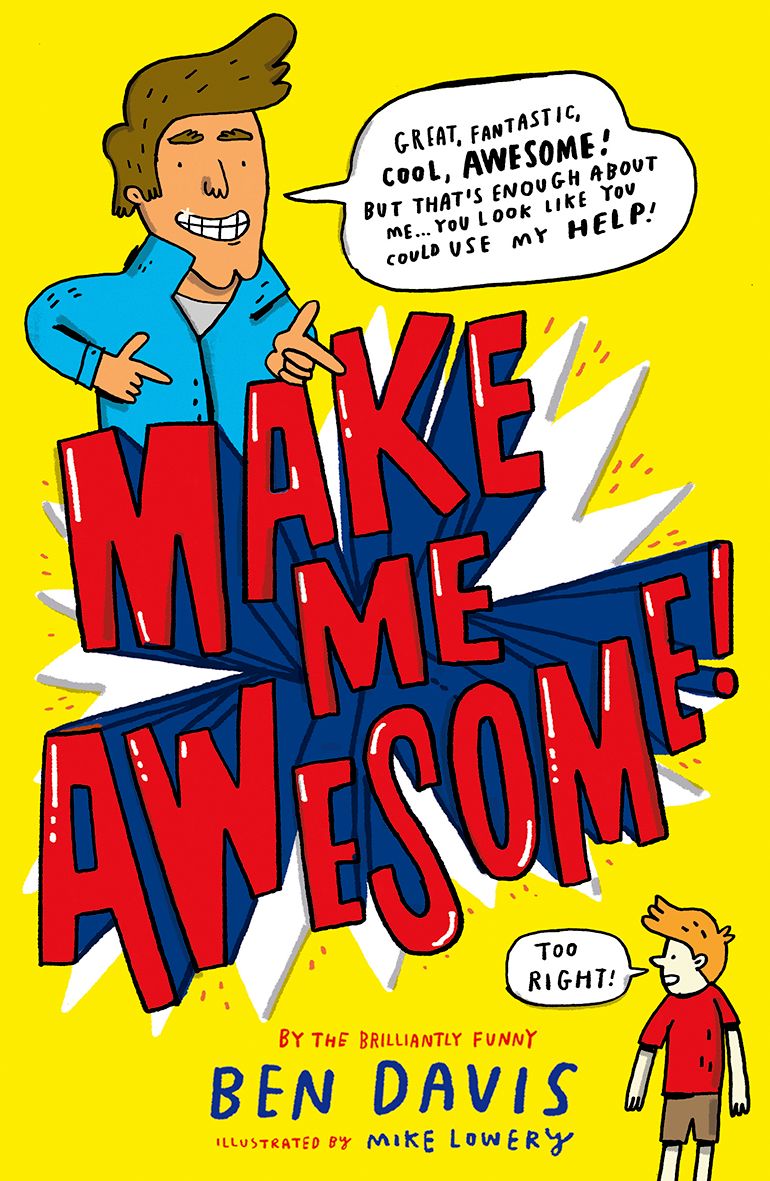 When Freddie Smallhouse signs up to the Make Me Awesome programme, he’s ready to turn himself from zero to hero, all with the help of his idol, Chuck Willard. Freddie embarks on various schemes to make himself awesome safe in the knowledge that Chuck is always there, at the end of an email, to give him lots of personal advice… isn’t he? A laugh-out-loud story, from the brilliantly funny author of the Joe Cowley series. 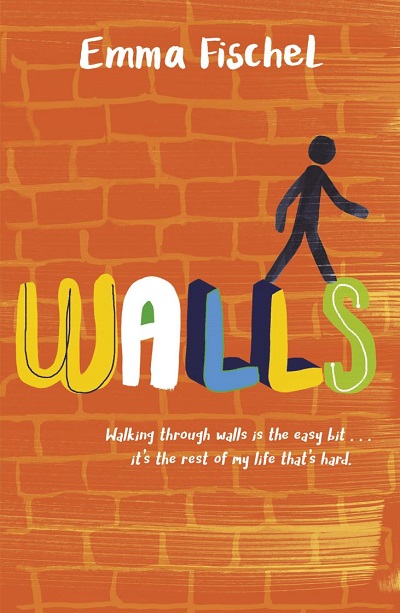 Meet Ned Harrison Arkle-Smith – he’s grumpy, bossy, and exasperating, but you can’t help liking him. Oh, and he’s just discovered he can walk through walls…

Ned’s world is collapsing. His parents have split up, his best friend is behaving strangely, he has an awful new neighbour, and Snapper is making his life a misery. In fact, NOBODY is behaving the way Ned wants. And then there’s the wall. Right down the middle of Ivy Lodge and cutting up Ned’s life. A big brick reminder of all that’s going wrong. Until, that is, the night when Ned discovers he has an astonishing new skill… 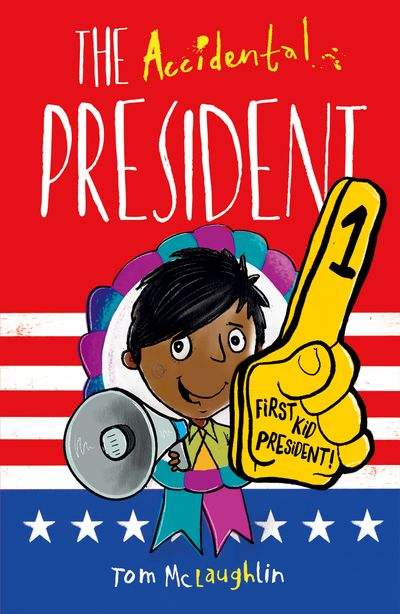 On a visit to the US things take a strange turn for twelve-year-old Ajay when, completely at random and totally by accident, he is sworn in as the new president. Well, I guess he can’t be any worse than that guy who had the job before him, right? Wrong. It’s quite easy for power to go to your head and Ajay, overwhelmed by it all, goes rogue. Soon he’s too busy ordering sparkly capes and enforcing the new national spider plan to spot the dastardly plot unfolding right under his nose…